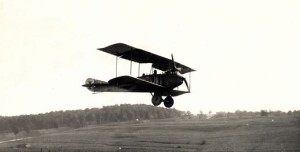 What you are about to read is a great example of failure and success.

Ever since Samuel was a child he wanted to fly. But it was 1834 and even the bicycle was not invented by then. Determined to achieve his passion he dived into books of science and devoured knowledge of all kinds. By 1898, he became one of the most respected scientist Samuel Langley. His dream still was to build a flying machine.

Soon, he managed to get a funding of $50,000 to build his machine. On the launch day many people gather to witness the history being made but… Samuel failed. He lost his reputation and belief. He died a broken man. But the story does not end here…

Few years later, two school dropouts by the name of Wilbur and Orville also saw the same dream. Except they had no funding or support. They still tried and failed. Not once, often. Each time they learnt something valuable from their failure. And then, on a winter day in December 1903, they successfully flew their thousand dollar home made flying machine.

Samuel Langley fell. So did Wilbur and Orville.

But W&O brothers rose back again. To become the first men to fly!!

If you want to achieve something, do rise when you fall and keep motivating yourself.