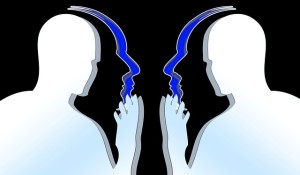 Once a young man wanted to become an author. He wrote many stories but they were all rejected by all the publishers in town. He read in newspapers how people used to translate books so he got an idea of selling books of other authors on his own name in another country.

He surveyed all around his town to check the most popular and the least popular books so that he could select which book to steal. The book he selected was not so popular named Someday Somebody by anonymous. He left for LA and went to a well known publisher to talk about the book. The publisher loved the book and fixed a deal with this young man. When the day came when the book was launched, the writer was asked to sign on the original copy of the book. The guests at the launch were all ready to applaud but when the pen was about to touch the book, it stopped, the writer started sweating even when the air conditioner was switched on. Then suddenly it thundered and a flash of light said in a heavy voice,”This man,the writer of this book is a cheat. He has published someone else’s book on his name just because his books were being rejected in his country. He is a cheat, a thug, a con man and this is the voice of the one above himself !”

Everyone looked at the writer (or the false writer) in horror. He was beaten and the police was called. He was handcuffed and was sentenced to five years of imprisonment by the court. After serving five years in jail, the writer came out a better and a wiser man. He soon became the best writer of  NY.