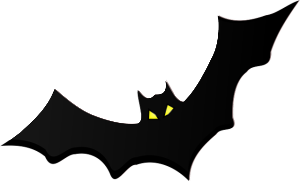 Long – long ago, the birds and the beasts had a fierce fight. In the battle, the birds attacked the beasts from the sky. While the beasts took their strong hold on the land and fought with all their might.
The bats had wings like birds and could give birth to child like beasts. So they could not decide from which side they should fight. The bats thought, “We must wait for the right opportunity and should join the winning side”.
Hence the bats did not join either of the sides in the beginning. The fight went on. At a point of time, the beasts proved themselves stronger than the birds. So the bats perceived the time right to join the winning side. The bats joined the beast’s side.
Soon the scene changed. The birds combated strongly and proved heavier on the beasts. The bats left the losing side and joined the birds.
After a long struggle, the beasts and the birds made peace. Eventually, they became good friends. But the opportunist bats were left alone by both the sides. Both the sides refused to identify the bats as their friends and discarded the bats from their respective groups.
The opportunist bats had no place other than the dark holes to live. The ashamed bats hid there to save themselves from the eyes of the beasts as well as the birds. Ever since, they appear only at dusk when the birds are back in the nests and the beasts are yet to come out of their dens, waiting for the night to set.

Moral : Never be an opportunist.