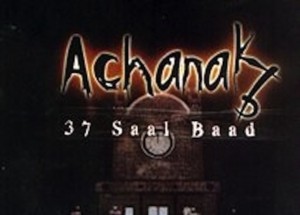 Achanak 37 saal baad had a very different storyline and many unconventional viewers appreciated the concept. However, the serial failed to strike a chord with the hardcore horror fanatics. Recently Setindia has uploaded the episodes of first season and it has garnered substantial response from viewers.

Story featured on Gahota, an Indian town which experiences madness every 37 years. This is associated with deaths of several people and ends with the death of a female. The female is shown to be the mother of a devil child, whose name is Ajinkya. After he grows up, the second season starts. Faraaz Khan played the role of devil child’s mentor in the first part and gained instant recognition. Achanak 37 Saal Baad, had an unconventional thriller appeal and a very novel concept of storytelling, which wasn’t recognized well by the audience. Yet, the serial managed to garner sustainable popularity.